The Chinese military hacked into a Pentagon computer network in June in the most successful cyber attack on the US defence department, say American ­officials.The Pentagon acknowledged shutting down part of a computer system serving the office of Robert Gates, defence secretary, but declined to say who it believed was behind the attack.
(finally the americans are admitting that their fort knox is not the stronghold anymore,bo-hoo-hooo)

Hackers from numerous locations in China spent several months probing the Pentagon system before overcoming its defences, according to people familiar with the matter.
(sys admins too busy buaya-ing no time tengok logs leh)
kakaak

The Pentagon is still investigating how much data was downloaded, but one person with knowledge of the attack said most of the information was probably “unclassified”. He said the event had forced officials to reconsider the kind of information they send over unsecured e-mail systems.

John Hamre, a Clinton-era deputy defence secretary involved with cyber security, said that while he had no knowledge of the June attack, criminal groups sometimes masked cyber attacks to make it appear they came from government computers in a particular country.

The National Security Council said the White House had created a team of experts to consider whether the administration needed to restrict the use of BlackBerries because of concerns about cyber espionage.

they all say hor, normally .edu, .mil , .gov websites are the easiest prey among hacking,

guess what kind of websites are hardest website to hack ?? guess la sikit

.... the answer is pornography websites,e-commerce websites....... i shall leave it up to you to decide. 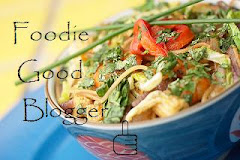